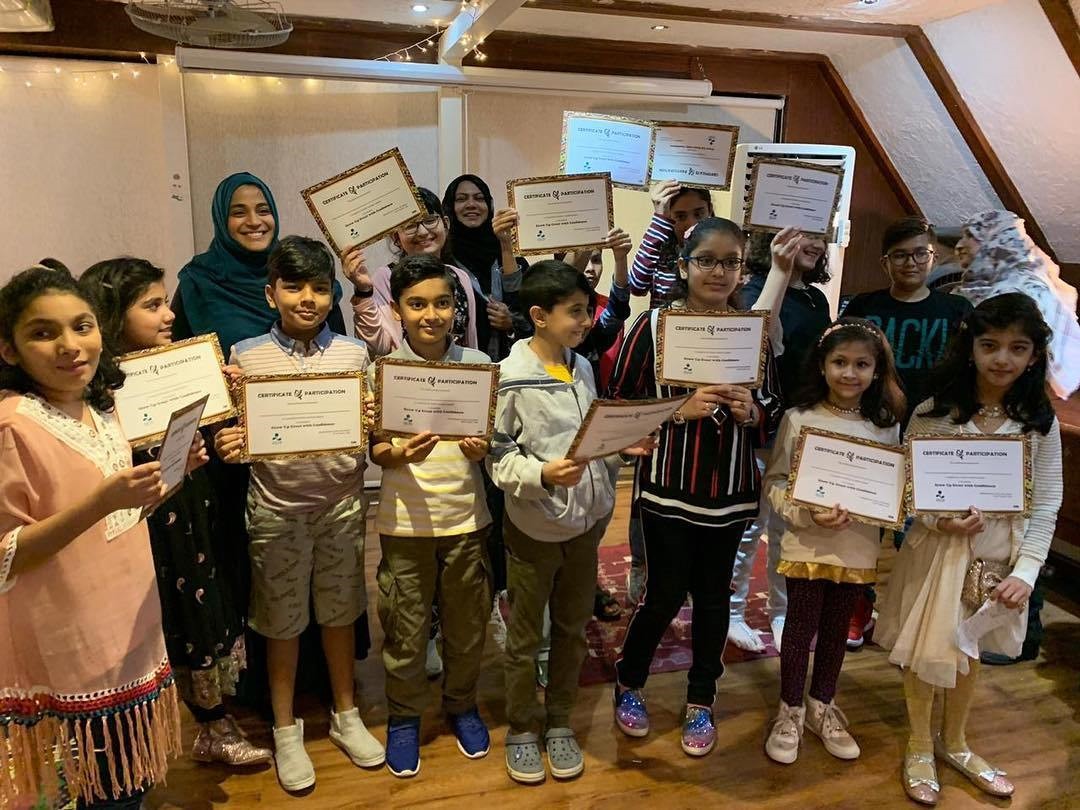 Who doesn’t want their children to confidently speak in front of an audience on any given topic? We all do. Who doesn’t want their children to put their point across to a group of people the best way possible? We all do. And this skill of ‘public speaking’ definitely needs to be practised and polished. This is why Elite Club Jeddah organized the event called ‘Grow Up Great With Confidence’.

At our beautiful venue called Humming Tree, we had 20 children gathered on a Friday evening (15 March 2019) for this event. Some had already prepared their speeches on given topics and others had come with the enthusiasm to take part in the ‘extempore’ segment. One by one our participants aged 8-14 came up on stage and enlightened the audience about their views on the selected topic. Some of the topics were serious like What I want to be when I grow up, My favourite personality, Uses of water, while others had a humorous touch to them like What would I do if I were invisible, If I could be someone else for one day who would I be, and the like. We were nothing but thrilled to see their heightened spirits and involvement in the task.

We had with us our esteemed judges Dr. Uzma Raheem (founder of HOPE center), and Kehkashan Khalid (an extremely talented artist and blogger). It would not
be an exaggeration to say that the judges added a vibrant spark to the evening with their friendly guidance and feedback given to the participants, that each of them could really interpret and it would prove helpful to them in their future public speaking endeavours.

The evening ended with a game called ‘describe it’ thoroughly enjoyed by all, followed by the much awaited prize distribution ceremony, give-aways’ distribution for the participants, and gifts for the judges as a token of thankfulness for honouring us with their presence.

Looking forward to be a part of such events in the future? Stick around then because there’s loads more to come!