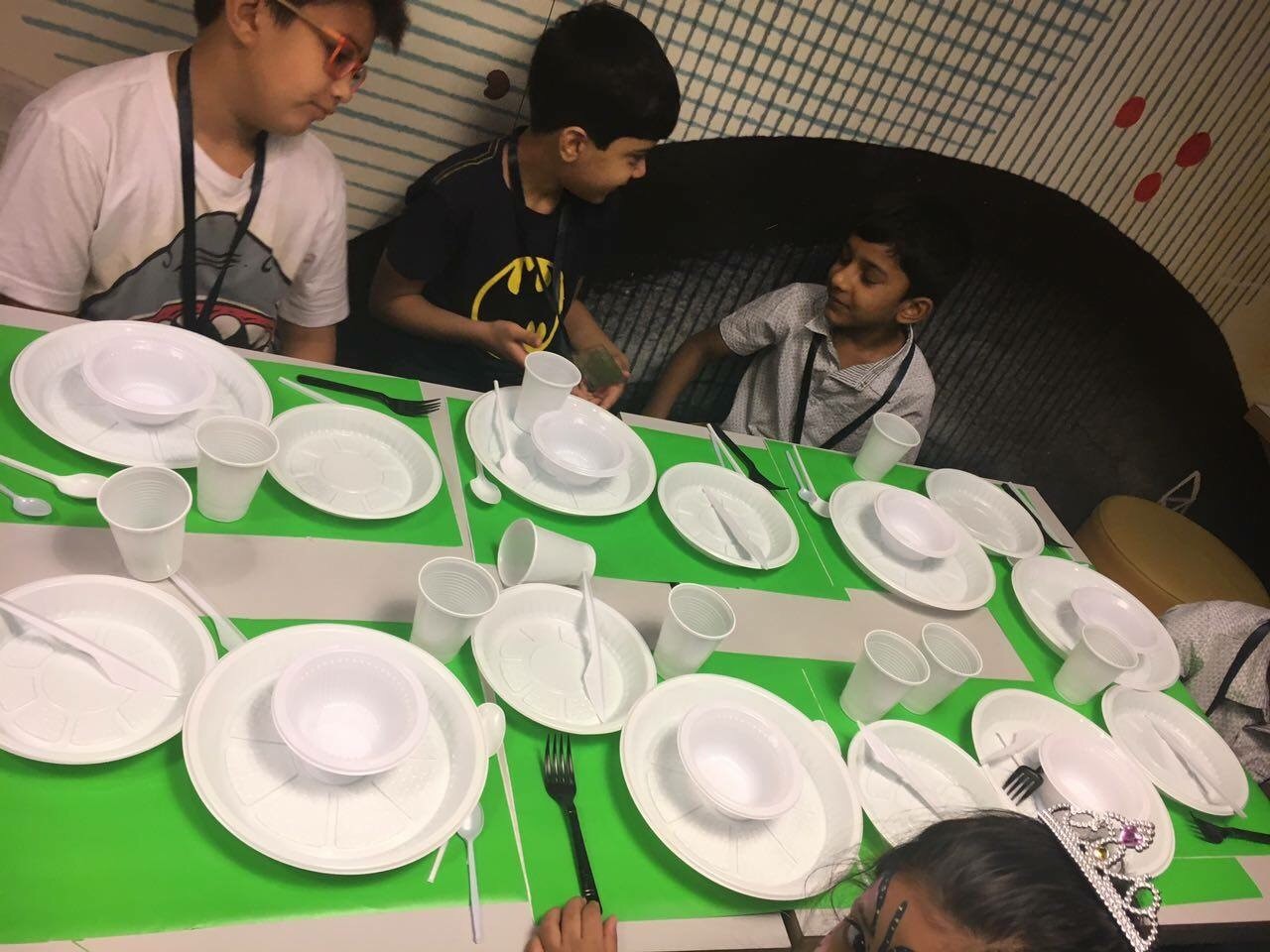 In our busy routine lives, we often tend to neglect unintentionally certain things that need to be paid attention to, and especially when it comes to children, there are endless number of things that need to be taught so as to groom them well. Team Elite Club wanted to come up with such an activity that would enhance the personality of children, hence we chose “dining etiquettes” as the theme for our GUG Session which was held on 19th August at McDonalds.

In our first segment for the evening we went about table setup with our kids. They stuck already-cut placemats made out of stick-on sheets, onto the table. We then discussed with them the names of all the utensils used for dining as well as their placement.

The second segment revolved around napkin placement and usage. And in the third segment we wanted to have an eating session to finally implement all dining rules; pancakes by The Cake Affairs were eaten and relished with a fork and knife. The segment of games, happy meal, gift and face painting was covered by McDonalds. Photography was carried out by Nida from Supersonic Clicks. Thanks to our helpful volunteers- Manal, Huma and Sofia. With everyone’s complete and sincere involvement and efforts, we have successfully concluded another GUG event.