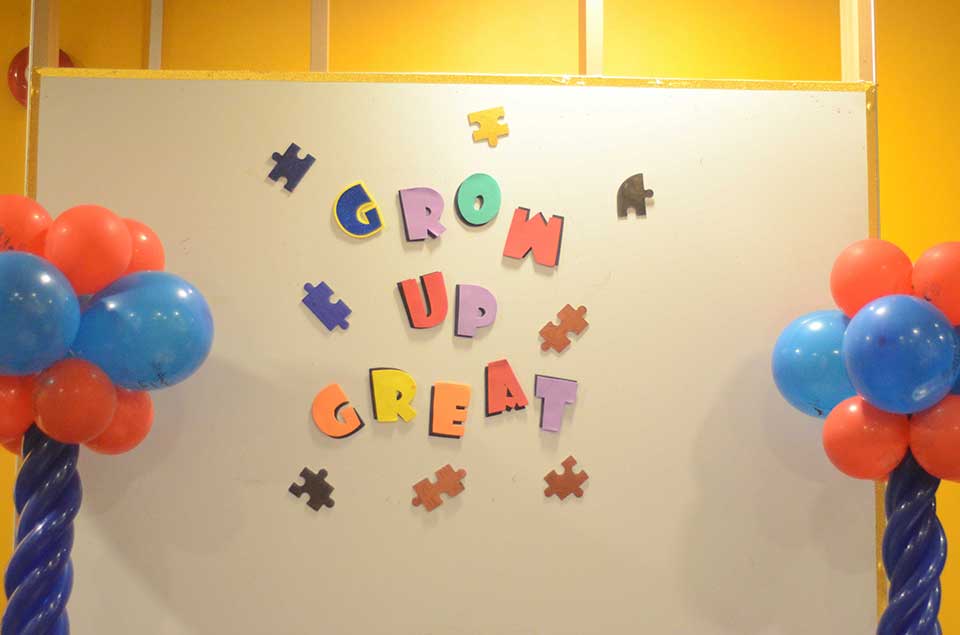 Elite Club Jeddah always comes up with ideas that are original, unheard of, and boost productive thinking capacity in children.

Puzzle making is another such activity that promotes problem solving skills in children. And thats what our GUG Season 2 – Session 1 was all about. We played a variety of puzzle making games which were thoroughly enjoyed by our little ones, who we had divided into two groups according to their ages; group 1: 4-6 years, group 2: 7-10 years.

Activities for group 1 included assembling a picture of Humpty Dumpty and putting a bandage over it to stick it together. In the second activity, they had to assemble a puzzle of their own name, which increased their involvement in the game. And the third activity was good old puzzle making.

For group 2, the first activity was ‘how to create a block puzzle’, whereby they had to pile blocks on top of each other and stick up a picture of a cartoon character on them. Once done, they were to cut the cartoon at the edges of each block so that when separated, each block was part of a block puzzle. The second activity was about making stick puzzle, whereby the kids joined little sticks together and drew designs on them thus creating a new form of stick puzzle craft. And the third activity was good old puzzle assembling. These activities gave kids the satisfaction of having ‘created’ puzzles by themselves instead of just assembling them.

Followed by these activities were a lot more fun things to do; each kid received their puzzle shaped cookie and a happy meal. Games and a face painting session were carried out by McDonalds themselves. It goes without saying how much this GUG session was loved by our lovely kids!

A special shout out goes to our team members, whose support always plays a major role in the success of our events, and last but not the least, thanks to Sofia (from Cake Affairs) for baking yummy cookies and our wonderful photographer Nida who captures memories of our events that last forever.